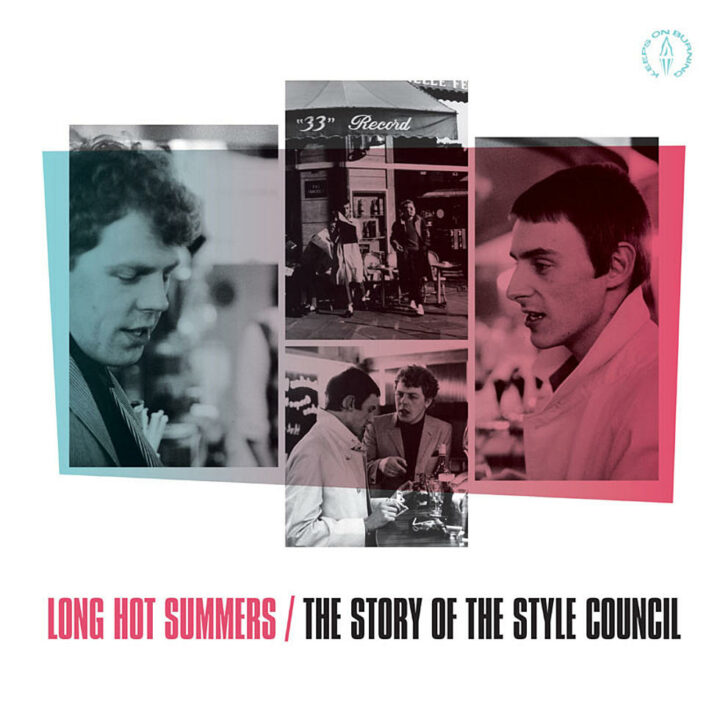 THE STYLE COUNCIL – Long Hot Summers: The Story Of The Style Council – 2CD

When Paul Weller announced The Style Council’s arrival in March 1983, he’d come a very long way. In fact, at the age of just 24, he was already a musical veteran with six albums and nine Top 10 singles under his belt with The Jam. As their leader he had become a deity-like figure and for his fans, The Jam’s split was unimaginable. But creatively restless and of inquisitive mind, Paul jettisoned them at their height to form a collective with an eventual core line-up of Paul with Mick Talbot, Dee C Lee and Steve White. In a quest for new sounds, the group travelled to realms previously unchartered for a pop group incorporating musical influences as wide ranging as Blue Note jazz and Chicago soul, Claude Debussy and Erik Satie, Chicago House and Jacques Brel.At the same time, as battle lines were drawn in a decade under Margaret Thatcher culminating in the miner’s strike of 1984-85, Paul’s lyrics spoke with the language of the activist and his state of the nation addresses were both fierce and eloquent. Over four albums and 17 singles, The Style Council made a stand and became the standard bearers of progressive soulful pop and social comment.

The Style Council was emblematic of its creator. Paul Weller, smart, fearless, audacious, with a social conscience and totally unafraid to push the possibilities of pop.This is their story…

A brand-new, definitive career anthology, remastered at Abbey Road. Endorsed, approved and co-compiled by Paul Weller. Includes all the band’s classic singles – 12 top-20 hits, key album tracks and fans’ favourites. Also includes two unreleased tracks – an intriguing demo of My Ever Changing Moods with strings, and the extended, 5-minute plus version of Dropping Bombs On The Whitehouse. Featuring an introduction by ‘super-fan’ Martin Freeman and a new essay by Lois Wilson. Includes rare photos and memorabilia.

Disc One
Headstart for Happiness
Long Hot Summer
My Ever-Changing Moods
Walls Come Tumbling Down!
Party Chambers
Wanted (or Waiter, There’s…)
Shout to the Top!
It Just Came to Pieces in My Hands
Come to Milton Keynes
Why I Went Missing
Waiting
Ghosts Of Dachau
Down in the Seine
The Paris Match
Boy Who Cried Wolf
Life at a Top People’s Health Farm
Homebreakers
Dropping Bombs On The Whitehouse (Extended version) #
Disc Two

Be the first to review “THE STYLE COUNCIL – Long Hot Summers: The Story Of The Style Council – 2CD” Cancel reply

DRAGGED UNDER – The Worl...