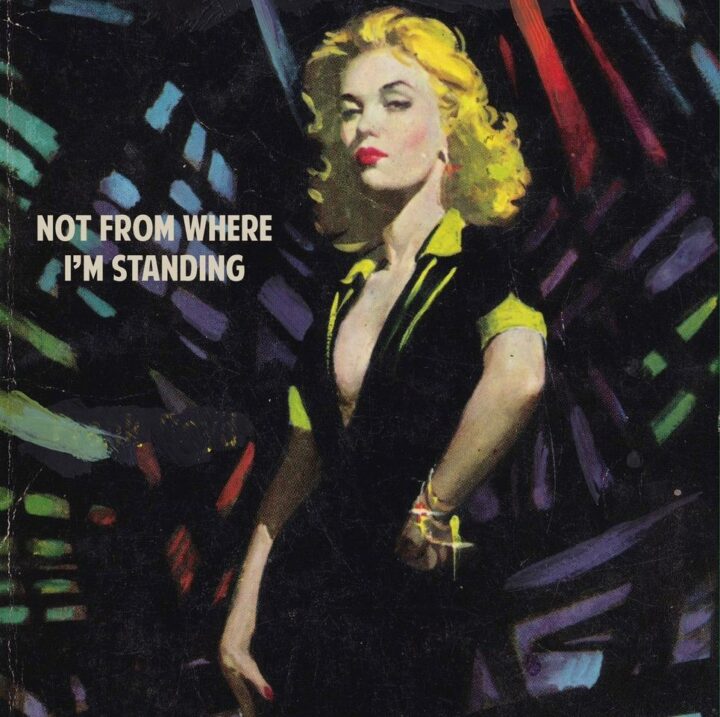 THE WEDDING PRESENT & FRIENDS – Not From Where I’m Standing

A collection of 20 Bond themes covered by current and former members of The Wedding Present. 100% of the profits from its sale will be donated to the ‘Campaign Against Living Miserably’ (CALM).

Questioned about the origins of the project, David Gedge of The Wedding Present said: “Where do ideas like this come from? Well, I can tell you that this one was born during a soundcheck in New Zealand, in 2013, when the band were playing around with the main melody of the classic Bond theme ‘You Only Live Twice’. We decided then that, one day, we should probably attempt to cover this amazing song. We ended up doing just that dur-ing the recording sessions for our ‘Going, Going’ album in Studios La Fabrique (Saint-Rémy-de-Provence, France). And that was that. For a while, anyway. During a later tour, drummer Charles Layton was driving the van and I was sitting in the front passenger seat. On journeys like these Charlie would often plant little seeds of ideas into my mind, knowing that I would go away, think about it, and then return with some kind of master plan. “You should release a compilation of Bond songs,” he declared. And that was all that he needed to say, really. Most of the themes from the Bond films would effortlessly feature in a list of my favourite ever pieces of music, so I was never not going to be excited by the idea of re-imaginings of twenty of them!

LABEL: Come Play With Me