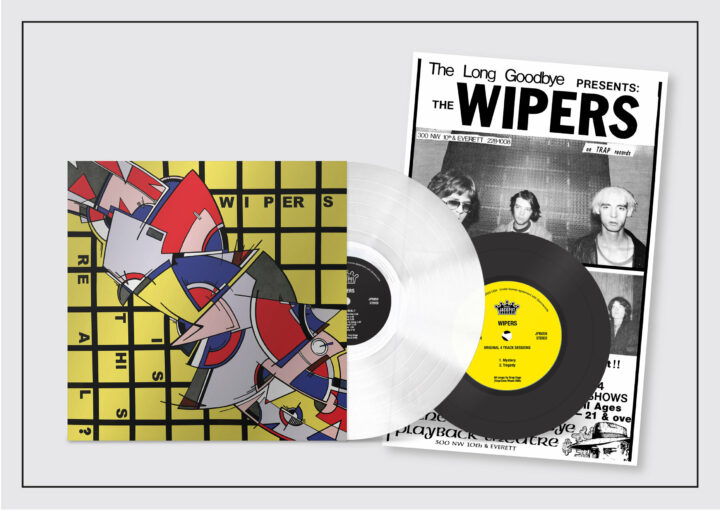 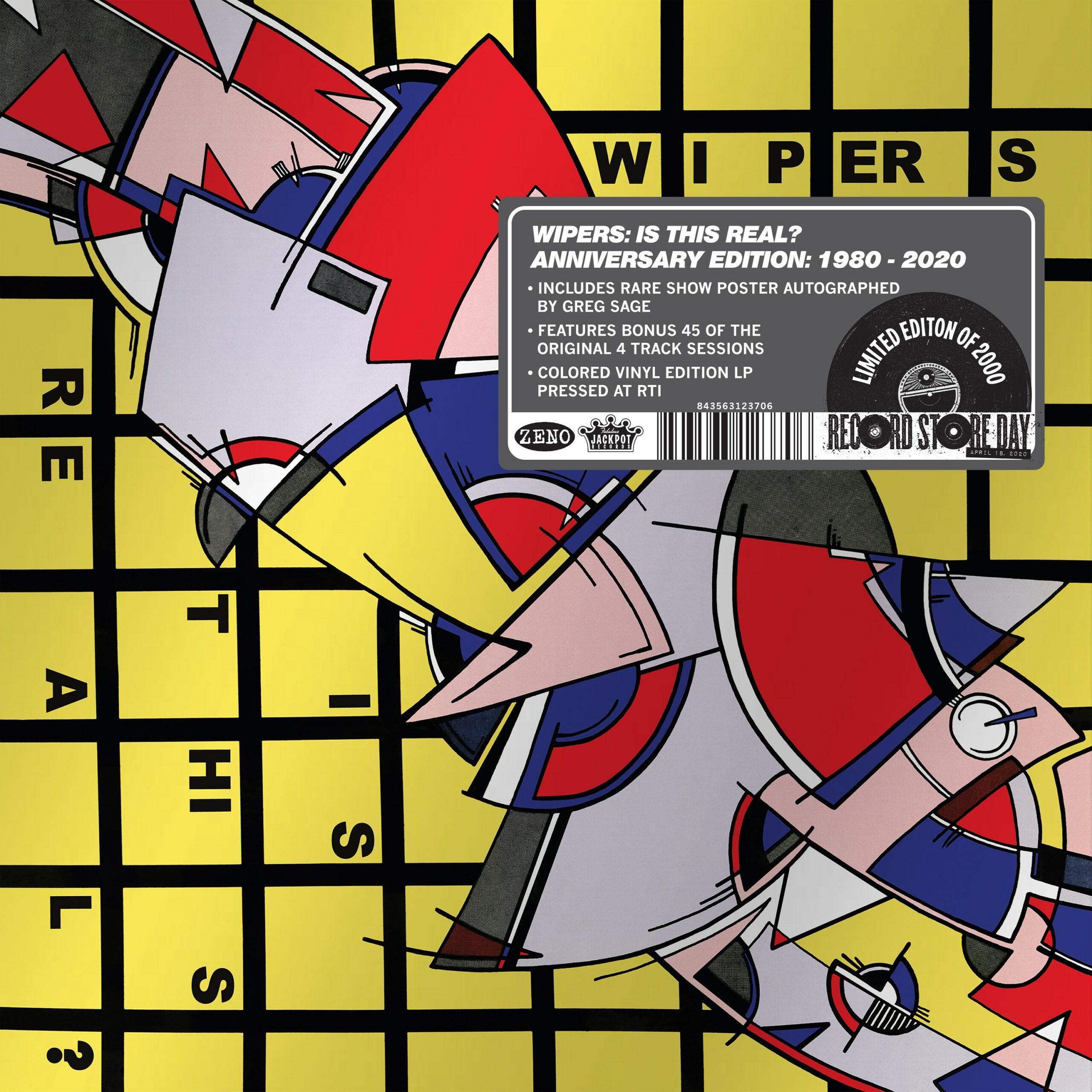 Celebrating the 40 year Anniversary of the debut LP by the Wipers. Includes individually Autographed concert poster by Greg Sage. Bonus 45 with four songs from the original 4 track sessions. Transparent Clear Audiophile Vinyl pressed at RTI with custom reflective mirror board jacket. Unquestionably Portland’s most well-loved punk group, the Wipers formed in the late 1970s and in 1980 released their debut LP, Is This Real?- twelve songs of stabbing, jittery guitar, snapped vocals, and unabashed teen angst. Full of desperation and yearning, the LP has stood as a blueprint for wretched youth for over 25 years. In the early 1990s Is This Real? was given mainstream attention when Nirvana covered two tracks off the record and Cobain announced it was one of the primary influences on his group.