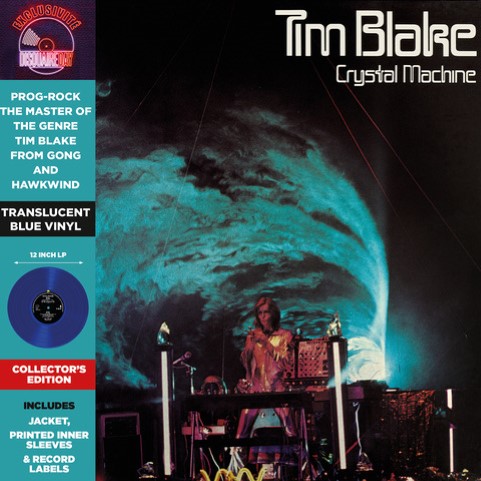 Classic 1977 ambient masterpiece Crystal Machine by Tim Blake. Tim first came to prominence as a member of Gong where his synthesiser experimentation and mastery was demonstrated on albums such as Flying Teapot, Angel’s Egg and You. He would also join Hawkwind from 1979 1980 and from November 2007. After departing Gong in 1975 he teamed up with French lighting designer Patrice Warrener to form Crystal Machine, pioneering the use of lasers and synthesisers in a live setting. Blake’s debut album, Crystal Machine, was originally released in 1977 on the French experimental label Egg.