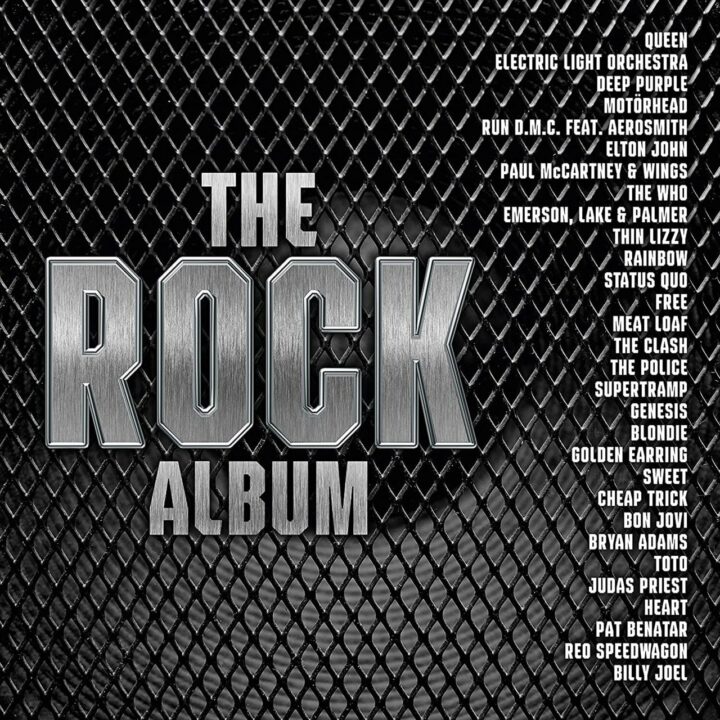 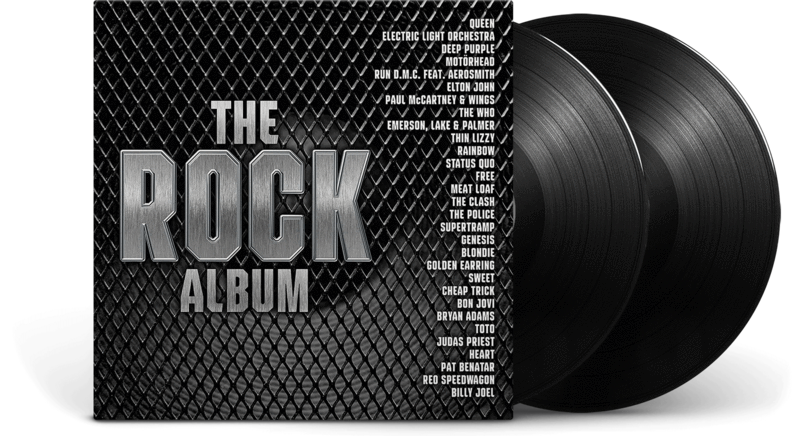 Side One kicks off with Queen’s anthem Don’t Stop Me Now, Electric Light Orchestra’s driving Don’t Bring Me Down and (starting with) one of the greatest riffs ever, Smoke On The Water from Deep Purple.

Motorhead’s Ace Of Spades sounds as urgent and fresh now as it did when it was released, and the pairing of Run-DMC and Aerosmith is still inspired. Another great guitar riff propels Elton John’s Saturday Night’s Alright For Fighting and Paul McCartney and Wings’ Band On The Run is simply peerless.

Two truly anthemic soundscapes open the second side: The Who with the Teenage Wasteland opera of Baba O’Reilly and the thunderous Fanfare For The Common People from Emerson, Lake and Palmer. 70s rock classics from Thin Lizzy, Rainbow, Status Quo and Free follow and the side winds to a close with one of the greatest rock ballads of all time from Meat Loaf with Two Out Of Three Ain’t Bad.

Side Three celebrates ‘New Wave’ rock… The Clash with Should I Stay Or Should I Go, The Police with Roxanne and Blondie’s One Way Or Another are three of the most recognisable guitar driven post-punk hits and Genesis’ Mama perfectly merged synths whilst Supertramp created a juggernaut transatlantic album with Breakfast In America with the title track included here. 70s glam rock produced some of the most dynamic hits of the era and two of the best, Radar Love from Golden Earring and Fox On The Run from Sweet, are featured here. Side Three closes with a legendary live performance of Cheap Trick’s I Want You To Want Me.

Our final side is all about good-time rock… Bon Jovi’s You Give Love A Bad Name still kicks it and Bryan Adams’ Summer Of ’69 is truly timeless. Rock essentials from Toto (Hold The Line), Judas Priest (Living After Midnight) and Heart’s Barracuda follow alongside 80s anthems from Pat Benatar with All Fired Up and REO Speedwagon with Take It On The Run. The collection closes with a great summation from Billy Joel, It’s Still Rock And Roll To Me…

30 legendary artists with 30 essential tracks… Your record collection needs to rock! This collection also makes a great gift that any self-respecting lover of vinyl will love and need.