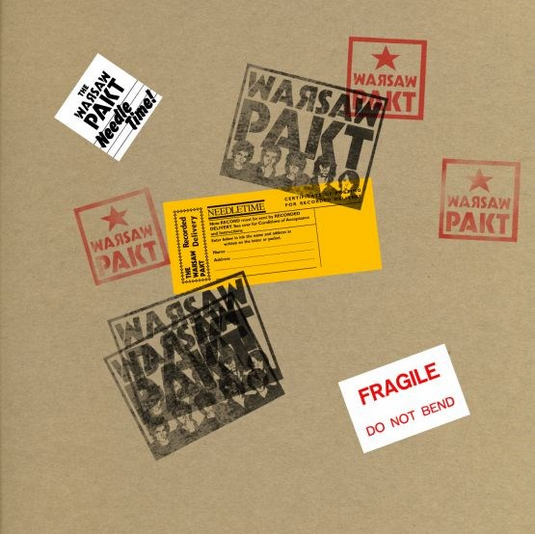 Real high-energy rock’n’roll in its most potent form is best captured live and in the moment. Maximum thrills, minimum frills. In 1977, London’s Warsaw Pakt took that premise one step further, recording their album live, straight through, direct to the cutting lathe. The blazing urgency of the band’s performance, combined with a set of edgy, memorable songs makes Needle Time one of the most exciting releases of the ‘70s punk era. It’s also one of the most neglected.

The Pakt favoured a high-revving formula with hard-boiled street-smart lyrics delivered quick and cool against super-charged Chuck Berry guitar licks, a modus operandi much like the MC5 circa Back in the USA, but with a vibe that was more attuned to the pubs and squats of their native Ladbroke Grove. Though given a punk rock paint job, the sound is redolent with the fumes of high-octane British R&B, a dead giveaway of their roots, as The Rockets.

Along with some choice cover versions, like the Who’s It’s Not True, they looked to the old Rockets songbook and retooled material written by Andy with the Rockets’ old manager Frank Day, including some great songs like Fruit Machine, Dogfight, Speeding and Sick n’ Tired. Although R&B based, these tracks all had plenty of attitude and aggression, so worked well in their new ‘punkier’ context.

Safe and Warm was recorded as the single in October 1977, and in the studio the band created a uniquely moody, almost psychedelic sound, Coull laying down a soulful vocal over Colquhuon’s screaming guitar lines and Manly’s supporting rhythm licks, while some strikingly eerie harmony back-ups add a magical finishing touch.

A month later, Warsaw Pakt assembled at Trident Studios to record their “Instant Album.” Less than 24 hours later, with the band’s fingers still bleeding, Needle Time was released. It sold an impressive 5,000 units almost immediately, but after that the label, inexplicably, refused to press more copies.